Hello my dear friends.I hope you all are fine. I haven’t been blogging for almost nine months and the reason is my studies.I went to the capital of Baluchistan (Quetta) for higher studies and i was pleased to continue my studies further. At first when i went to new academy where i was admitted for studying so i was confused a bit because the environment was different for me.I prepared myself and i went at 4;40.When i went as it was co-education so it was not difficult for me because i already studied in co-education in School so when i went i found so many boys mostly patans and in those all boys i was the only single Baloch girl so after going to Academy,I entered in my Class and sat in front of Multimedia and teacher.The first class was of Biology which was taught by Professor Allah dad i enjoyed the class ,then class of chemistry started as it was upstairs so between too many boys i managed to get in .The receptionist told the boys to clear the way for me,i started climbing the stairs  but before entering in the class there was a boy standing near the door ,he was a student too.I wanted to ask him “Is the class started”? Instead of asking him in Urdu i communicated with him in English and he was confused. I went in class and enjoyed that class too which was taught by Professor Qahir Khan.Then the class of Physics started and i went there i enjoyed that class very much because the subject that i disliked that became too easy for me.That class finished which was taught by Lecturer Khalid Shah. Now our term finished and i made too many friends because then girls took admission and i didn’t become alone.On 14 -2 -2015 it was our farewell party and contest and i participated in speech that was really fantastic. Now i am back to home in Panjgur but i will go again  because i have to continue my Second year classes.And please pray for me because i am gonna appear in F.sc first year exams on April. Picture of my Academy. 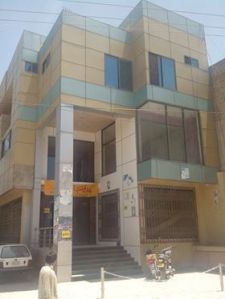 Blog of my literature

I am a Human and i believe it is the best religion.

This site is about the knowledge of different categories such as education, , health, mobiles, and tourism

Life's a bit clustered but you gotta find the right tune to see the hidden beauty.

A Woman modestly dressed is a pearl in a shell.

Ye mera blog ha. Sirf mera. If you're here to judge me then press ctrl+w, BAM you're outta here! If not, you can scroll through dawg. Appreciated if you're a stalker.

my favorite TEDtalks, in the spirit of "ideas worth spreading".

poetry and some more

What the Monster Said

writing about monsters lets me be myself

My writings, mostly the poems i write from time to time.

one point of light

Half agony, half hope.

Your life is so much more than just sitting, scrolling and judging. Do something positive with it. Do good and spread good.