All students in panjgur are almost irritated by educational system in Panjgur, as mentioned above activities students’ seemed to not take so much interest in studies as we want. I myself as a student can say I am also distend from studies my self, because all the time students are found in learning tests,exams,reading,writing and over such works. The administrations never get a try to think over something different that’s why our nation is not getting good persons as it was being given before by talented students.
There may be some reasons due to which they withdraw this responsibility:
1) May be for their reputation,

2) May be for orders given above,

3) May be they will get busy for a long period that would effect their personal issues
4)they are might afraid of some political leaders.
Mentioning above reasons, means that their can be a lot of reasons that they don’t want to promote the education among students with some creative funs. As being a student I have found that from nursery class students are said: unless you don’t work hard, you can’t be a good doctor and engineer. This world has crossed over my head many times and I have thought to mention it in front of them because this thing jeopardizes the life of a student, they start to think that only these two are the fields in which we can go and are good ones, why not writers,journalists,news editors,lawers,experts?and why doctors and engineers only?
This thing makes believe the student that they are only able for these two fields. Neither they can go in another field nor are they able. The rounded point all over means we ourselves don’t want to make our education that much strong that it should help our nation in freedom too.
If we throw our sight in western countries and even in Pakistan, media is playing a great role in education, whenever a speech contest, quiz competition, function and all others are held so media is told to courage it and by this students take more interest in studies, because a competition raises among students to work so hard to reach there. The problem here is that we are enemies of our own recourses, we are blessed by all facilities if not so we are not that much feeble also that we could’ not make a facility for us to do something good. Some teachers in Oasis School want to promote it but again that thing comes in between that orders impel them to with draw their steps.
By media we can do a lot of things, even in Turbat, Gawadar behind media a lot of such works are being done that impels the students to study more. But unfortunately in Panjgur they don’t want to take it for a success eye, they take it easy because they might think they have all. And for that students start quieting studying as it is being seen now, Mostly 89% has quiet education instead of someone’s force. Some students go to prove the right ones in wrong due to their over confidence that further becomes a big failure for them. I can’ remember when the last fuction, presentations were held in Oasis School. The lack of such good activities immerses the education.
Here in Panjgur mostly students are compelled to learn the things by heart and they do so because it is neither the mistake of teachers nor students, it has been made a trend in education since centuries. They never think to do something ahead of it that would brighten the student’s mind. I must point out some points that need to be changed:

*Principal must be a strict one not a frank one that will destroy the education itself,
*prefects are kept that are even sometimes not able also, I don’t say that they are disable, but everything has a limit, they are chosen by age, not by talent and confidence,
*prefects must be given a chance along head girl and head boy to attend the meetings about school not only the head girl and head boy.

*Teachers must be informed to encourage the week, weaker and the weakest student more rather to encourage the talented student, not to call him/her that you are a dull you can’t do this and that work.
*The school should contain the all scientific and technological things to make the point of view of students more vast and clear not to write on board only.
*The teachers should be provided with extra information and extra periods to take that should contain extra activities not to take only eight periods that are in course.

*Media should be allowed to courage the school’s activities in order to promote the interest in students not to show its ability.
*Governmental schools should be checked by experts monthly that what is needed and what is wrong not to sew the cloths of teachers and gossip uselessly.
*Teachers should be graduated and should be aware of confrences, seminars that would promote the student’s mind setup not only with scholarships.

*books should be changed yearly that students should learn different things not the same that makes the teachers also students.
*All students should be given chance to participate in functions etc by their own ability not by ability of teachers.
*Picnics and others should be planned yearly for students’ and teachers in order to present their ideas and to defeat their dullness.
*A magazine should be made where every student’s topic should be chosen for publishing it and to bring their point of view in front of public.

*There should be weekly sports and other activities that won’t let the students to get education bore, they should take it comfortable not difficult to study.
The points which I mentioned can force the teachers to look me with a bit narrow eyes and it may effect my studies also but I am pointing out the truth and for sure” Reality is reality, it can’t be ignored”
We proud of ourselves but have we thought: for what are we actually proud?
We praise our talented students but have we thought: what will cross over week students when they hear about it?
We condemn our system but have we thought: By whom was it actually made?
We always try to be in front of all others but have we thought why week students can’t think so?
These all questions walk around my heart and some others also. There are a lot of disabilities in them who seemed to be failed in correcting them instead to take out the mistakes of others.
A place where education is being provided and teachers are not allowed to attend the parties of higher classes in school so how the students can think positively?
A society where a student can’t talk with a teacher frankly so how that society can provide good guiders?
A nation where media is banned to attend the school so how that nation can be a country?
I pity to say that how any reality is pushed down here in Panjgur and I feel so disappointed that they neither do it themselves nor they let the teachers to correct it? So sad to see this situation in private schools!

All over media can play a positive role if they agree so; otherwise the same trend will be continued to destruct hard work, talent and creativities in a student forever. We take every good thing bad and positive thing negative that is what it takes us backward.
Media is a source that can be used everywhere not only in political places but also in educational places. Whatever our administrations are doing that is also not wrong because they are compel but these all were made by us so why we found it hard to change them?
#society
#nation
#orders
#Rules
they all are not made themselves but we are made compelled by them to change our good steps according to them.
Why media can’t be allow in schools of Panjgur? Just because our culture is Balochi, so turbat is not a place where pashtoons and Punjabi live. It is also a district of Baluchistan.so it is not banned to be populated although it is promoting day by day, good doctors are being out from there, good writer and poets are being out from there because they take everything seriously and as a success eye. Here if a student presents a presentation, chemical theory or a thought so firstly discouraged by fellows themselves and secondly by some others. It should be banned not presenting ideas; negativity should be banned not positive deeds, even those all corrupt leaders should be resigned from their responsibilities who can’t perform them in a good way.
Our school’s performances are out in social networking but not on media, so isn’t that media. If we with draw this responsibility, so it means the system is not corrupt but our mind-setups are corrupted without any doubts.
“Every action has a reaction”
As they take it negatively so students also take them negative and consider them the reason of their failure.
“Weak is on top but talented are down”
Mean to say that the students that were praised in schools by teachers they then go down but those students will bring up their talent who were discouraged by teachers.
“Failure is not failure but success”
Actually when students fail a test so they are almost killed by teachers and parents, why they failed it no one thinks? It is 2012 and the trend has been started in 1999 almost so this has destructed the students mind; learn, learn and only learn. How they can do it so many times. If we do a work regularly so our heart informs us to halt it now because our mind is not based on our wishes it is king of itself.Yeah! It is good that they are given tests but:
When tests so only and just tests: by hook or crook.
When exams so only and just exams: Neither another thing nor any rest.
When monthly tests so only M.T: Not any rest in life then.
It is good but not so much that we should start hating the word” EDUCATION”.
If you want your bright name and bright tomorrow so please give it a glimpse for a while.
<<<Thanks>>>
written by: Yasmeen Sana
from Panjgur,Balochistan 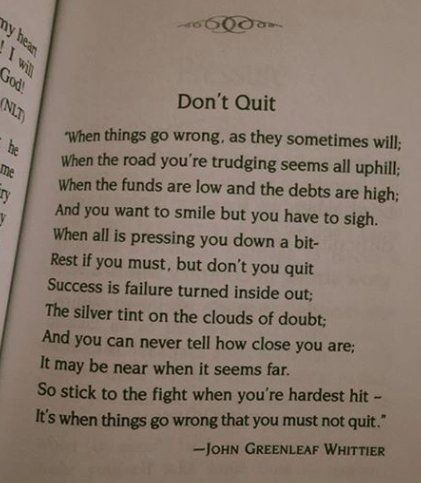 Blog of my literature

I am a Human and i believe it is the best religion. 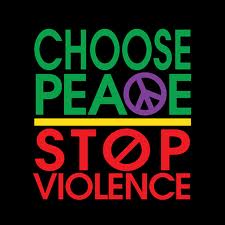 This site is about the knowledge of different categories such as education, , health, mobiles, and tourism

Life's a bit clustered but you gotta find the right tune to see the hidden beauty.

A Woman modestly dressed is a pearl in a shell.

Ye mera blog ha. Sirf mera. If you're here to judge me then press ctrl+w, BAM you're outta here! If not, you can scroll through dawg. Appreciated if you're a stalker.

my favorite TEDtalks, in the spirit of "ideas worth spreading".

poetry and some more

What the Monster Said

writing about monsters lets me be myself

My writings, mostly the poems i write from time to time.

one point of light

Half agony, half hope.

Your life is so much more than just sitting, scrolling and judging. Do something positive with it. Do good and spread good.